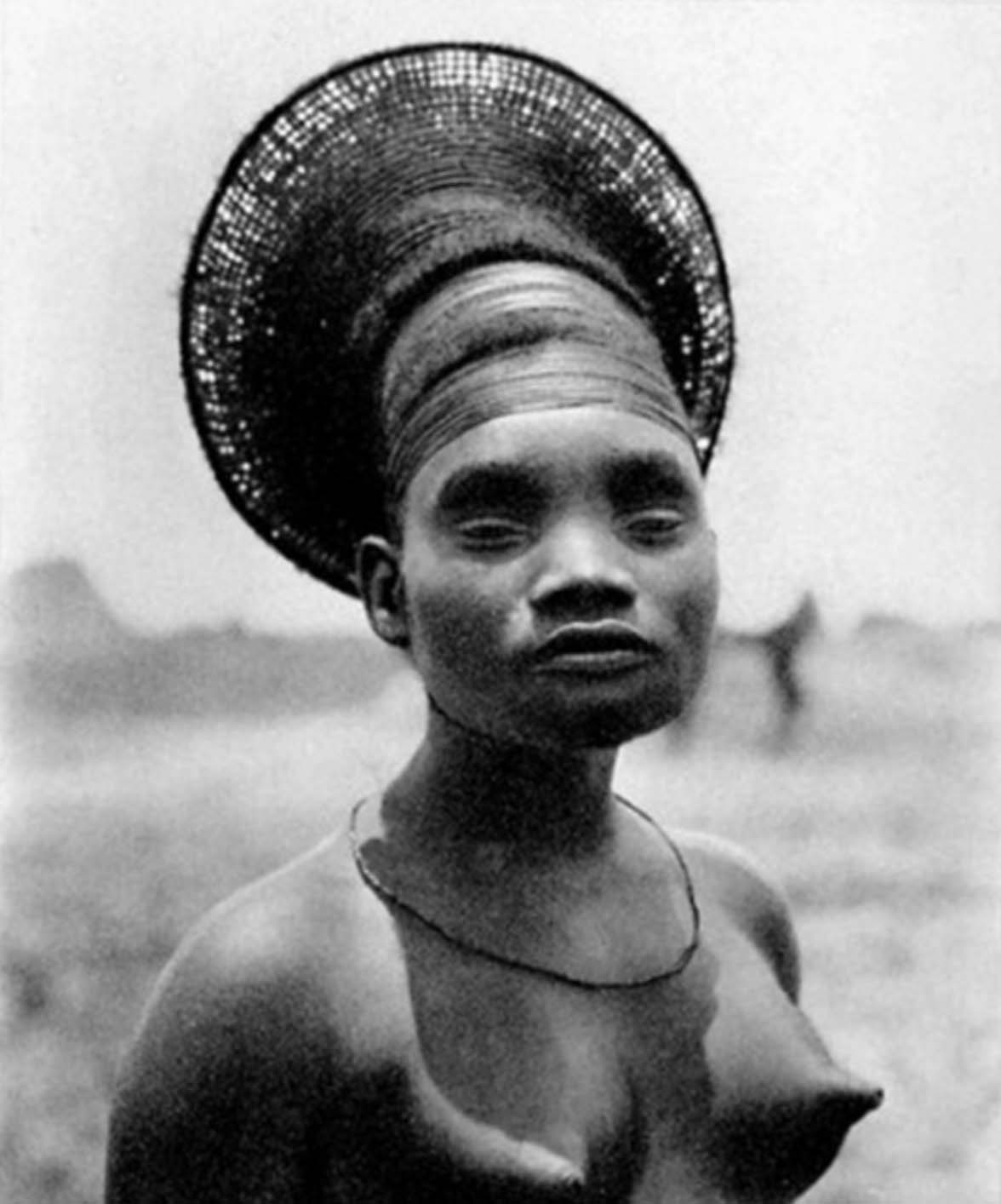 Portraits from the Congo 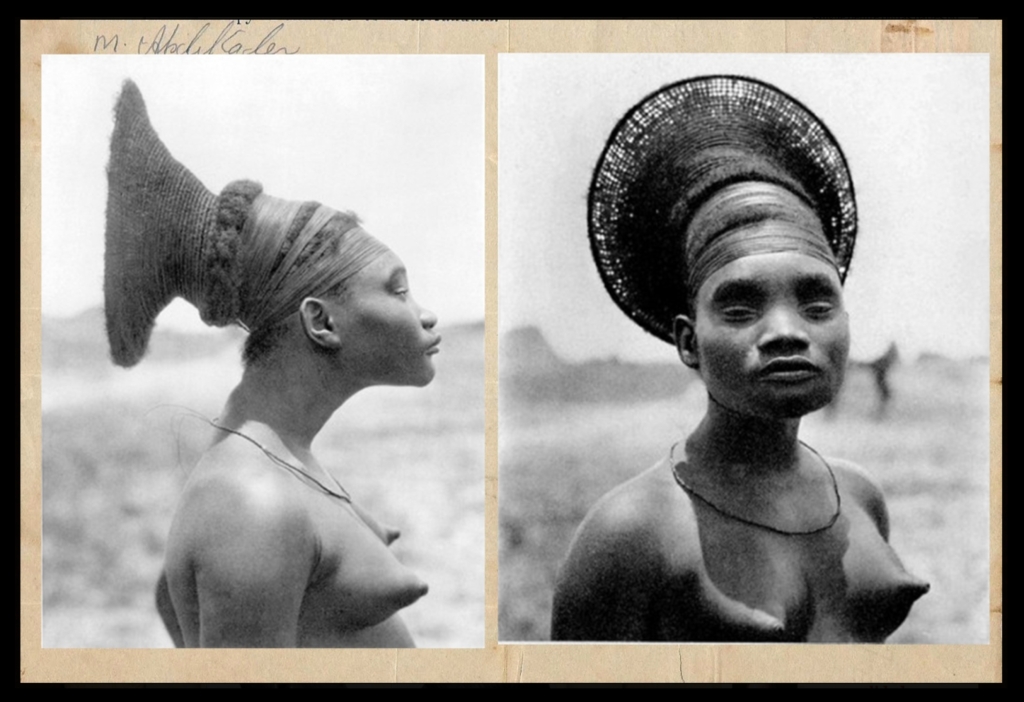 These photographs were taken around 1925 by a French anthropologist traveling in the Congo, formerly Zaire. With hindsight, the photos represent an objectification of this beautiful Mangbetu tribes woman, treating her like a convict by taking mugshots. It is shocking. I confess that I am torn. Showing the two views is extremely useful visual reference for me as a basis for a sculpture. But in so doing I am making use of this de-personalised view of the woman. There is an uncomfortable parallel between how Africa has been exploited by colonialism and post-imperialism and how I use the simple, dignified gaze of the woman as a starting point for my sculpture. I hope that my head does her justice to make my use worthwhile.

The Mangbetu tribes people had the practice of binding the skulls of babies from birth in order to elongate their shape to be able to accommodate the dramatic head-dresses that they traditionally wore. To a modern eye this practice would be deemed a form of torture. The practice has now largely died out. Probably due to Western influence and the migration of rural people to urban centres and the pressures of globalisation.

I recognise my British gaze is also influenced by a 21st Century perspective on this subjugation of women. Like FGM, and feet binding I do not condone the practice of the Mangbetu. It makes me feel queasy when I think what pain the women and children must have gone through to achieve this aesthetic. But neither is that to say that I don’t admire the graphic elegance of the effect that the headdress creates. 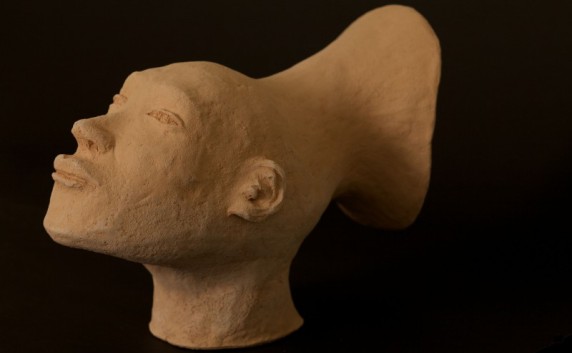