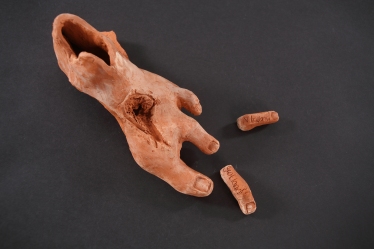 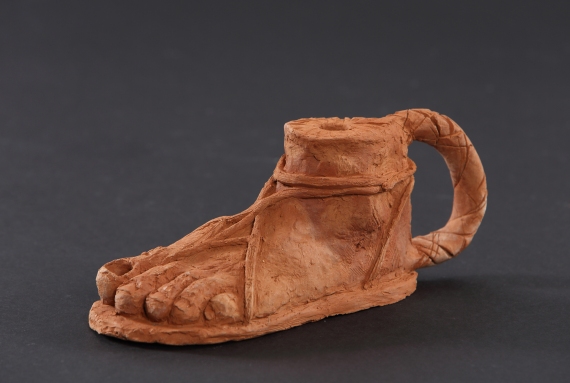 This site specific work was an ACWU Associated Clay Works Union project in which we secured clay dug up by enormous piling machines from 30m below London Bridge Station. As such the clay had not seen the light of day for 54 million years and this provenance made it particularly exciting to work with. My Votive Feet was inspired by a Roman oil lamp in the shape of a foot that was also dug up by archaeologists from under the station. Then I made a third foot, the day after the Brexit Referendum, to express my fears for the future of the UK after Brexit – we have shot ourselves in the foot!